We have known for a while that children from better-off families fare better in school, in terms of literacy and numeracy skills. However, it was a shock to learn that these disadvantages show up as early as 3 years of age, before children even begin primary school.

An analysis by the Economic and Social Research Institute (ESRI) and the Trinity College, Dublin, Ireland shows that by age 5, children from lower socio-economic backgrounds are at a disadvantage in reading, writing and arithmetic skills, as well as attitudes towards school. Children from more well-to-do households also tend to start schooling later, which gives them an edge in language skills as well as emotional maturity. This further increases their advantage when they begin schooling.

The entire study does not only look at achievement at age 5 but across childhood and schooling. It also looks at attitudes and happiness of children, which makes it very special. It is not a surprise to learn that boys are more negative in their attitudes towards school, and also lower on language skills and have more socio-economic challenges.

Girls tend to be more positive and confident as learners, though they tend to have higher anxiety. Middle class children in general feel better about their behaviour, somewhat happier and less anxious than their poorer peers. Children from immigrant families get the short end of the stick, with them feeling less accepted and more self-critical of themselves academically and physically than Irish children.

However, the biggest gap comes when children have an identified special education need, especially if this includes any social and behavioural aspects. Such children are very much more negative about themselves that all children out of SEN. This is indeed a saddening aspect, as children who are identified as SEN already have so much to deal with. It is unfortunate that they also have such a negative self-image.

As I always knew, the study shows that teachers, at every age and school level, make a great difference in a student’s feeling of well-being and liking school. A positive relationship with their teacher makes students feel more confident and better about school. On the other hand, problems with teachers lead to negative feelings in general, as well as discipline problems. 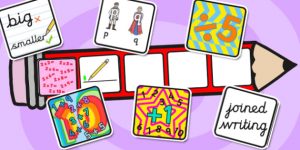 This study brings to the forefront all the things that we have known or suspected about schooling, but puts them in black and white statistics. Poorer children start off at a disadvantage as early as 3 years of age. Girls outperform boys in primary school, have more confidence in their academic achievements and social behaviour, but suffer from more anxiety. Boys lie lower on the scale of literacy achievements. Immigrant and SEN children suffer from low self-esteem and a feeling of not belonging and being caught wrong-footed about social behaviour.

And teachers make a great deal of difference.

How can we solve these problems that stare us in the face? How do we remove the stigma of not belonging if one is an immigrant or SEN child? How do we make sure that teachers have positive relationships with their students? How do we close the gap between children from lower socio-economic backgrounds and those from the middle classes?

The report has some ideas. One of the ways the difference in skills of very young children can be reduced can be to train pre-school staff on how better to manage the challenges. Play-based activities could also encourage learning at that age. Training parents in learning activities at home should also help children come into school with better skills. Here we come to the point I make many times – reading to and with your young child and playing games with them, no matter what your economic background, can help improve literacy and numeracy skills.

The report found that sports influences self-image positively as children grow older. This however is a challenge, as schools typically devote only an hour every week to PE at the primary level. Schools also don’t always have access to facilities and children’s ability to join group-based team sports differs.

Greater emphasis on self-development and training in life-skills should be part of revised curricula. Teachers can also be trained more specifically in emotional and social problems children could be facing. Bullying and home troubles, especially with lower-income families, often adversely affect student well-being in school.

Training teachers better in classroom management was also a recommendation. Helping them with ways to engage students of different abilities and self-images will make a big difference. Training teachers more in SEN requirements is a strong suggestion I would give the report writers and governments making policy changes.

Something must be done, and quickly.